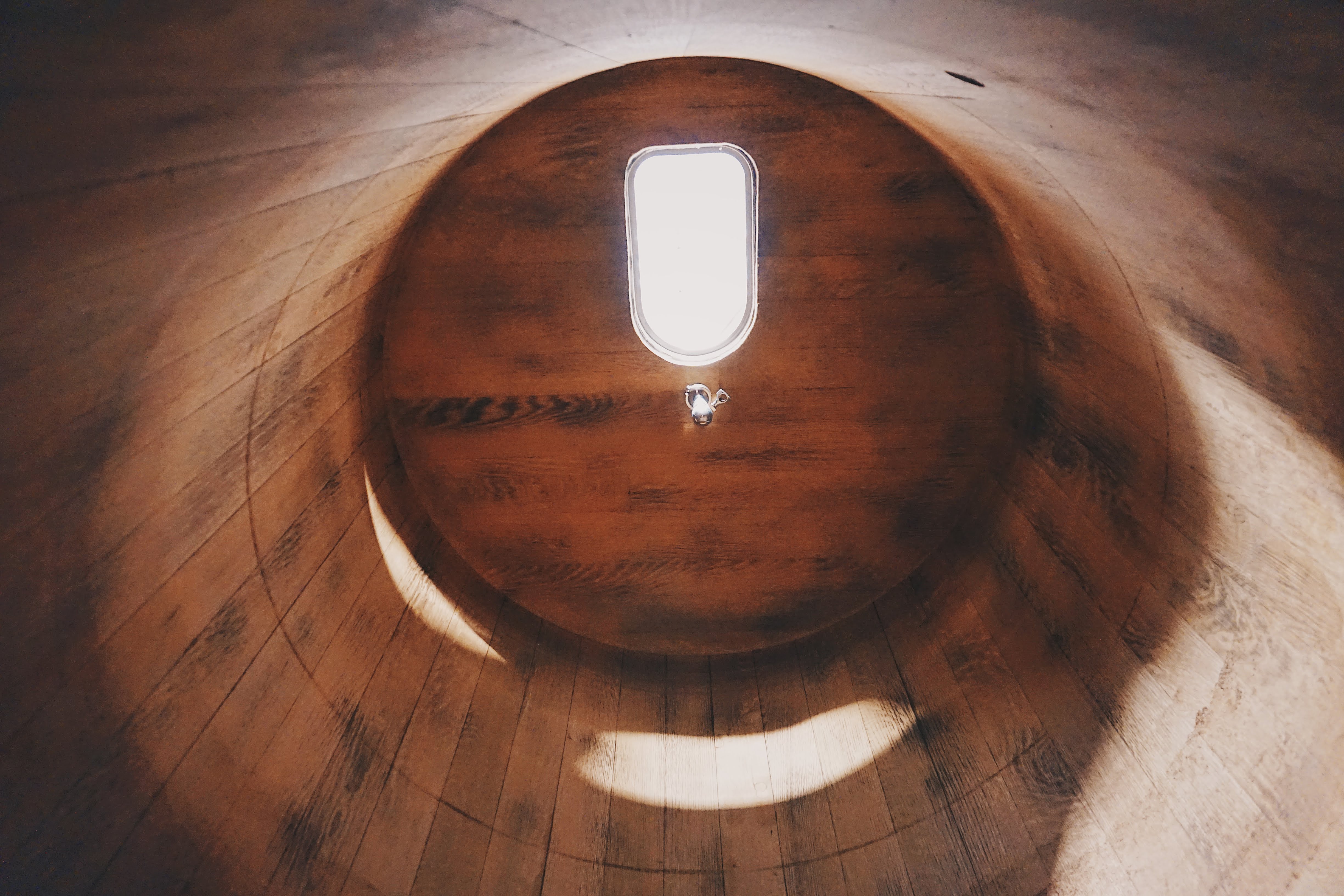 What’s a Foeder,And Why is it Cool That We Have One?

Check out what was rolled in (or rather, fork-lifted in) last week: Our very own foeder!

What’s a foeder, you ask? “Foeder” (say it with us: “FOOD-er”) is the Dutch word for what is essentially a large, vertical oak vessel in which beer is fermented. Unless you’re French, then you say “foudre.” Or sometimes people say “foedre.” They all refer to the same thing, though. Think: a really big barrel standing on its side.

Traditionally, foeders were used to store wine. They’re now used all over the world to ferment both clean and funky beer. Because a foeder is a larger wooden vessel, it allows the beer to take its time to mature and completely develop. That larger capacity means greater consistency in the final product.

Our foeder was created by Foeder Crafters of America out of St. Louis. Passed on to us from Martin City Brewing in Kansas City, it’s made of American Oak and measures 5 feet wide by 8 feet tall. It will be able to hold 1,000 gallons of liquid- or, 30 barrels of beer. Compared to others, ours is small; some foeders can hold over 150 bbl!

“That’s cool and all, but what are you gonna do with it? And when can I drink it?”

We’re so glad you asked! We have two plans for this bad boy.

Phase 1: We’d like to brew a few batches of beers that we’ve previously released, ones that were aged in stainless, then age them in the foeder instead. Our goal is to showcase the difference between a clean beer aged in stainless versus wood. First up is the Belgian Wit. Expect to see it on tap by the end of April.

Solera-style fermenting was created by Portuguese sherry producers in the 1700s. The idea is this: Fill up the foeder, pull out half of the batch and leave the other half, then put a new half batch on top. Whatever comes out of the foeder in the future will always have part of that original batch. It’ll first take on a farmhouse characteristic, but will eventually become sour.

The purpose of a solera system is to increase the frequency and decrease the time it takes to make our sour beer, without sacrificing any of the flavor or complexity.

That’s just another way we’re bringing art to our craft.

Next time you stop by the taproom, take a peak into the brewery to see the newest addition to our brewing system.

“But how do you make a foeder?” Watch this video to see two being built at New Belgium Brewing: